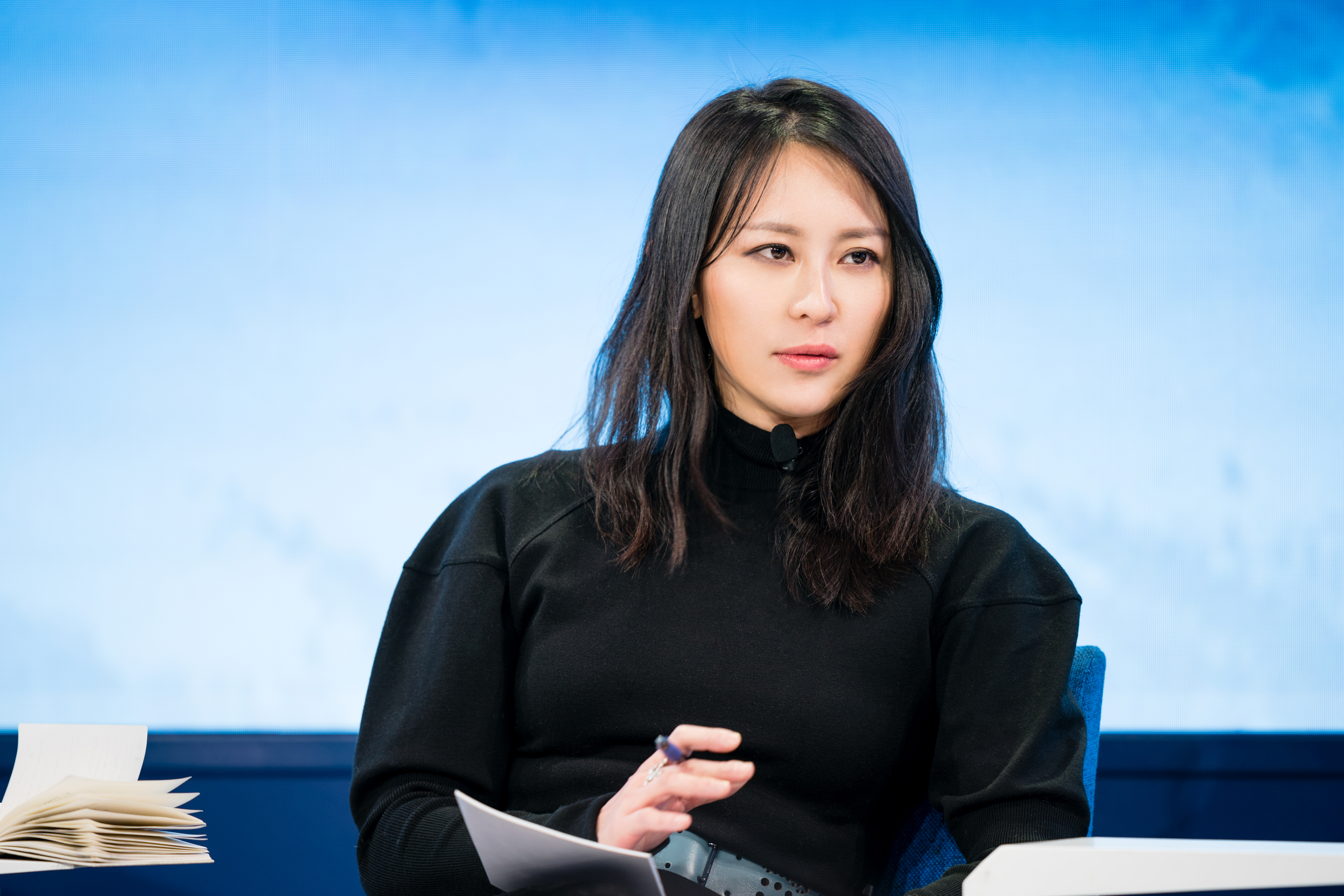 Dr. Keyu Jin is an associate professor of Economics at the London school of Economics,where she researches on topics of globalization and the Chinese economy. She is from Beijing, China, and holds a B.A., M.A., and PhD from Harvard University. Multiple academic works on international macroeconomic and China have been published in the top journal in Economics, such as the American Economic Review. She is a non-executive director to Richemont Group, the second largest luxury conglomerate, and is also an advisor to the China Banking Regulatory Commission for Fintech in China. Recently, she has focused on bridging Western capital and a new breed of fast-growing Chinese technology companies. She contributes op-ed pieces to the Financial Times, and has a column in the Project Syndicate as well as Caixin, the main economics and finance magazine in China. In the past, she has advised and consulted for the World Bank, the IMF, and the New York Fed. She has also had prior experience in Goldman Sachs, Morgan Stanley, JP Morgan among other financial institutions. She was named Young global leader by the World Economic Forum in 2014.

“International Transmission with Heterogeneous Sectors” (with Nan Li), American Economic Journal: Macroeconomics, October 2018.
This paper documents new facts about the behavior of capital and labor-intensive goods over the business cycle. It illustrates a new transmission mechanism of international business cycle shocks through their relative prices. In a two-country stochastic growth model that distinguishes sectors by factor intensity, productivity shocks lead to changes in the composition of production and trade across countries. An endogenous mechanism that arises through these compositional changes bring about positive investment and output comovement across countries. Evidence supporting the central propagation mechanism includes: (1) labor-intensive production and employment are highly procyclical among OECD economies (2) the relative price of capital-intensive to labor-intensive goods is procyclical and volatile (3) the net exports of capital-intensive sectors of the U.S to European economies are more countercyclical than labor-intensive sectors. Our quantitative results can match aggregate statistics and generate empirically plausible sectoral compositional effects.

``Credit Constraints and Growth in a Global Economy’’(with Nicolas Coeurdacier and Stephane Guibaud), American Economic Review, September 2015.
Two contributions of this paper are: (1) documenting new facts about the behavior of capital and labor- intensive goods over the business cycle; (2) illustrating a new transmission mechanism of international business cycle shocks through the relative price of capital to labor-intensive goods. In a two-country stochastic multi-sector growth model, an endogenous mechanism arising from compositional changes and international trade can bring about positive investment and output comovement across countries.
We show that essential segments of the transmission process receive strong empirical support. Also, quantitative predictions of our model can match aggregate statistics and generate empirically plausible sectoral compositional effects.

This paper analyzes the impact of relaxing fertility controls and expanding social security in China.
We develop an overlapping generations model in which fertility decisions and capital accumulation are endogenously determined in the presence of social security. In our model, children are an alternative savings technology—as they transfer resources to their retired parents. Important feedback links arise between fertility and social security variables: an expansion of social security benefits reduces fertility— partially offsetting the effects of relaxing the one-child policy. The feedback loop between social security variables and fertility suggests that abandoning fertility restrictions may not be as effective in helping to finance China’s intended pension reform, especially if children are an important source of old-age support. The sustainability of the pension system is particularly at risk in the event of a growth slowdown. The objective of pension reforms may also be incongruent with other reforms, such as financial liberalization and financial integration.

“Industrial Structure and Capital Flows”, American Economic Review, 102 (5): 2111-2146. 2012. This paper provides a new theory of international capital flows. In a framework that integrates factor-proportions-based trade and financial capital flows, a novel force emerges: capital tends to flow towards countries that become more specialized in capital-intensive industries.This ‘composition’ effect competes with the standard force that channels capital towards the location where it is scarcer. If the composition effect dominates, capital flows away from the country hit by a positive labor force/productivity shock---a flow ``reversal''. Extended to a quantitative framework, the model generates sizable current account imbalances between developing and developed countries broadly consistent with the data.

“Composition and Growth Effects of the Current Account: A Synthesized Portfolio View,” (with Kai Guo), Journal of International Economics, 79(1): 31-41. 2009.
This paper analyzes a useful accounting framework that breaks down the current account to two components: a composition effect and a growth effect. We show that past empirical evidence, which strongly supports the growth-effect as the main driver of current account dynamics, is misconceived. The remarkable empirical success of the growth effect is driven by the dominance of the cross- sectional variation, which, under conditions met by the data, is generated by an accounting equation. In contrast to previous findings that the portfolio share of net foreign assets to total assets is constant in a country, both our theoretical and empirical results support a highly persistent process or a unit root process, with some countries displaying a trend. Finally, we reestablish the composition effect as the quantitatively dominant driving force of current account dynamics in the past data.

``The One-Child Policy and Chinese household savings”, (with Nicolas Coeurdacier and Taha Choukhmane), Aug 2018.
This paper analyzes the impact of the `one child policy' in China on its household saving behavior. First, it develops a life-cycle model with endogenous fertility, intergenerational transfers and human capital accumulation. We show a macroeconomic and a microeconomic channel of a fall in fertility on raising aggregate household saving: at the macroeconomic level, the population composition shifts initially towards the middle-aged---the high savers of the economy. At the microeconomic level, (1) expenditures of children fall---despite higher education investment in each child---as quantity substitutes for quality; (2) middle-aged save additionally for retirement in anticipation of reduced transfers from their only child. Second, our quantitative model implies policy-induced changes in aggregate savings and age-saving profiles broadly consistent with estimates from Chinese household- level data. Third, an empirical study using the birth of twins as a source of exogenous increase in
fertility is shown to support the micro-economic channels we highlight. Overall, our estimation

suggests that the policy is able to account for at least 45-60% of the rise in household savings rate since its implementation in 1980.

“Misallocation under Trade Liberalization” (with Yan Bai and Dan Lu), August 2019.
This paper incorporates firm-level distortions into a Melitz model and characterizes welfare under misallocation. We derive an analogue to the well-known ACR result in an economy with distortions. We highlight a channel through which trade can reduce welfare by exacerbating misallocation. A key statistic to infer welfare is the gap between input and output shares. Using Chinese manufacturing data for quantitative analysis, we show that trade integration can lead to a 18% welfare loss coming from a reduction in allocative efficiency. The overall gains to trade is substantially smaller than implied by standard calculations.

“The Evolution of Productivity in the Chinese Economy” (with Xiaoyu Huang and Tao Jin), Jan 2019. We develop a theory of firm dynamics and evolution of productivity for two types of firms, state owned and private enterprise. The framework captures essential features and differences of these firms:
1) the state enterprises can borrow at a rate lower than the market rate; 2) private firms can decide optimally when to exit the market, while state firms can only exit when bankrupt. In this model, firms invest not only to accumulate capital, but also to raise their productivity. We show that preferential treatment lends to perverse incentives: the state companies borrow to scale up whilst private firms invest more in productivity. Over time, state companies lags behind in efficiency, face more competition from private firms, and are consequently more likely to become bankrupt. We use this model to show how productivity across firms endogenously evolves and diverges over time in China. The model also captures other firm dynamics, such as the evolution of firm size, of the misallocation and reallocation of resources across firms, and the nature and characteristics of firm-withdrawals. Empirical evidence on industrial firms in China shows that main theoretical implications receive broad support in the data.

“Global Ramifications of Chinese Policy Uncertainty” (with Yi Huang), March 2019.
We analyze the international transmission of Chinese monetary policy shocks for the period 2000- 2015. As China plays an increasingly important role in the global economy, how it transmits its shock is of crucial relevance. We show how China’s monetary and policy uncertainty shocks have a significant impact on international economic and financial variables such as commodity prices, stock indices, capital flows, and bond prices. We project how China as the first systemic emerging market will impact the world as it opens its capital account and grows in size.

The Puzzling Change in the Transmission of U.S. Macroeconomic Policy Shocks (with Ethan Ilzetzki), February 2018.
We present two empirical conundrums on the nature of international policy transmission. First, there has been a qualitative shift in the impact of U.S. monetary and fiscal policy shocks on other economies after 1990. Second, the reactions to monetary shocks are particularly difficult to reconcile in a standard new open-economy model, even with several significant modifications to the benchmark model. These findings raise a challenge to the standard international transmission mechanism that form the basis of welfare analyses and policy prescriptions.

“Asset Prices and Creation in a Global Economy” (with Chao He and Shengxing Zhang), July 2016.

This paper analyses a two-country stochastic open-economy framework in which assets across countries differ not only in risk, but also in liquidity. In developing countries, a smaller share of long- term claims can be pledged for liquidity compared to advanced economies. We analyze the consequence of this asymmetry on asset prices and asset creation. Emerging markets have an incentive to accumulate assets created by advanced economies so as to meet liquidity demands in the presence of idiosyncratic and aggregate productivity risk. Higher volatility and an increase in the size of emerging markets drive up the liquidity premium of assets created in advanced economies, and also stimulate the latter's production of liquid assets. During a financial crisis, a tightening of pledgeability in advanced economies not only pushes up the liquidity premium of these assets but also reduces the supply of liquid assets---generating an investment fall globally. The joint determination of asset prices and asset creation are critical---the feedback effect illustrates a mechanism through which investment are positively correlated across countries despite the lack of any correlation or spillovers of country- specific productivity shocks.

Op-eds:
Languages:
Bilingual in Chinese and English, fluent in French.

Europe should stop arguing and look to China
June 2012

Powered by Typecho • Theme by Destiny